It's cheaper and easier to buy Coke in some third world countries than it is to access clean water. Coke uses "public relations propaganda" to convince consumers and entire nations that it is an "environmental company" when really it is linked to pollution, water shortages, and disease.

Coke has been tested in many cleaning scenarios and can even compare to high strength brands to clean everything from oil stains, tile grout and even strip paint off furniture.

"In all the samples tested, the levels of pesticide residue far exceeded the maximum permissible total pesticide limit of 0.0005 mg per liter in water used as food, set down by the European Economic Commission (EEC)," said Sunita Narain, director of the CSE at a press conference convened to announce the findings.

The level of chlorpyrifos was 42 times higher than EEC norms, their study showed. Malathion residues were 87 times higher and lindane- banned in the United States-21 times higher, CSE scientists said.

They added that each sample was toxic enough to cause long-term cancer, damage to the nervous and reproductive systems, birth defects, and severe disruption of the immune system. Samples from brand leaders Coca-Cola and Pepsi had almost similar concentrations of pesticide residues in the CSE findings. Contaminants in Pepsi samples were 37 times higher than the EEC limit while its rival Coca-Cola exceeded the norms by 45 times, the same findings showed.

The chiefs of the Indian subsidiaries of Coca-Cola and Pepsi were quick to refute the charges. Sanjeev Gupta, president of Coca-Cola India, called the revelations made by CSE "unfair" and said his company was being subjected to a "trial by media". 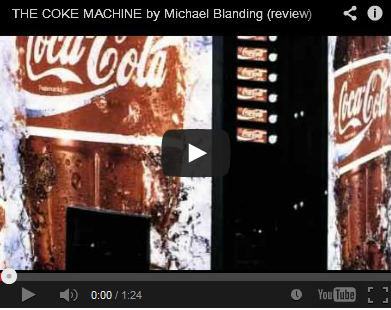 Farmers in the Durg, Rajnandgaon and Dhamtari districts of Chhattisgarh say they have successfully used Pepsi and Coke to protect their rice plantations against pests.

It is a trend that has been seen in other parts of India, with farmers also using Indian brands of colas.
The practice of using soft drinks in lieu of pesticides, which are 10 times more expensive, gained so much popularity that sales of the drinks increased drastically in remote villages.

Farmers say the use of pesticides costs them 70 rupees ($1.50) an acre.
By comparison, if they mix a bottle of Pepsi or Coke with water and spray it on the crop it costs 55-60 rupees less per acre.
Old Practice

Agricultural specialist Devendra Sharma says farmers are mistaken in thinking that the drinks are the same as pesticides.
He says the drinks are effectively sugar syrups and when they are poured on crops they attract ants which in turn feed on the larva of insects.
Mr Sharma says using sugar syrup for pest control is not a new practice.
"Jaggery made from sugar cane has been used commonly for pest control on many occasions. Pepsi and Coca-Cola are being used to achieve the same result," he says.
Fellow scientist, Sanket Thakur, has a different explanation: "All that is happening is that plants get a direct supply of carbohydrates and sugar which in turn boosts the plants' immunity and the plantation on the whole ends up yielding a better crop."

Coke in the United States contains high fructose corn syrup which may even prove to be a more effective pesticide since it is a concentrated cocktail of the simple sugars fructose and glucose.
Anupam Verma, Pepsi sales manager at the time in Chhattisgarh, said sales figures in rural areas of the state increased by 20%.

Not only Cola, But Water Is The Problem

CSE scientists H. B. Mathur and Sapna Johnson said their basic inference was that, as with the bottled mineral water, the soft drink manufacturers were drawing their water supplies from groundwater that is heavily contaminated by years of indiscriminate pesticide use.
High pesticide residues were reported in groundwater around Delhi at the time when the government's Central Ground Water Board (CGWB) and the Central Pollution Control Board (CPCB) carried out a study which also reported excessive salinity, nitrate and fluoride content besides traces of lead, cadmium and chromium.

Significantly, the CSE laboratories tested samples of soft drink brands popularly sold in the United States as control--and found that they did not contain any pesticide residue. Although more than 95% of all soft drink brands in the United States are made with municipal water supplies containing all of the same toxins and pharmaceuticals in our drinking water including fluoride, arsenic, chlorine, atenolol, atrazine, carbamazepine, estrone, gemfibrozil, sulfamethoxazole, and trimethoprim.

CSE found that the regulations for the powerful and massive soft drinks industry are much weaker, indeed non-existent, as compared to those for the bottled water industry. The norms that exist to regulate the quality of cold drinks are inadequate, leaving this "food" sector virtually unregulated.

So pampered is the lucrative soft drink sector that it is exempted from the provisions of industrial licensing under the Industries (Development and Regulation) Act, 1951.

John Summerly is nutritionist, herbologist, and homeopathic practitioner. He is a leader in the natural health community and consults athletes, executives and most of all parents of children on the benefits of complementary therapies for health and prevention.